Thanks for the Feedback

Have feedback and photos that you’d like to share on this page relating to any of the DVD projects?
Email me at: ted@sokolowskistudios.com

Ted,
I got your DVD about metal inlay and the starter kit with the different kinds of metal powder. I do metal inlay on my custom made fly fishing nets. Here are a couple pics that I thought you might like to see.
Thanks for the instruction. 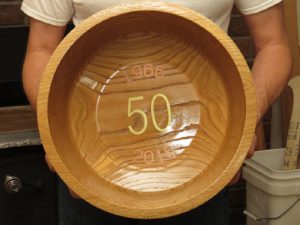 Hi Ted,
Thanks for the inlay materials and more importantly, thanks for sharing the technique on your DVD. I was bitten by the turning bug a few years ago and do not want to be cured!

Hi Ted,
Attached is my first attempt at using your powders to fill voids in wood projects.  This turned out way cool and I’m excited to try the other metals and incorporating some laser engravings.  I build custom fly rods and think it would be stunning to engrave the owner’s name into the hardwood handles and fill them with metal.  Then my imagination turns to duck calls and platters…oh my but you’ve opened up a new world.
Thank you for a great product and instructional video.  Well worth the watch(es).  My video is about 80-miles away right now so I’m hoping you can answer a question for me….
Thanks again for [the] great  products…

Ted:
Thanks for the follow up. I've received your DVD and have watched it twice. I've already seen a dramatic jump in my finishing technique but I still have a long way to go. I'm very happy with your product, and time permitting, I will probably purchase your DVD on metal inlay techniques.
Yours, —Dave 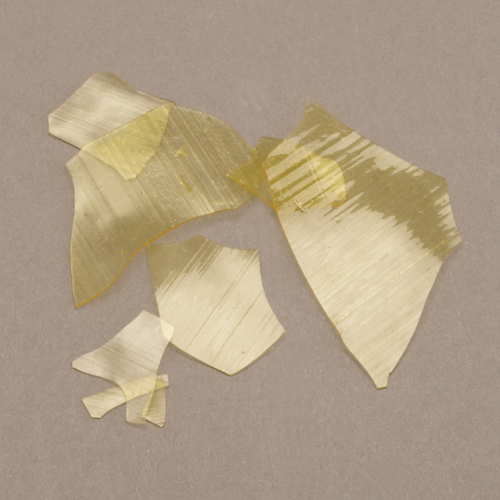 David A. Love
Software Engineering Consultant
Ted,
I know this mill is not perfect in form but the finish is far better than any of my previous projects. I do not have a good buffing wheel and I am sure the gloss will be even better after that. Any suggestion as to what buffing wheel works best would be appreciated. Thanks again for all your help!
Best Regards,
Bill Railey 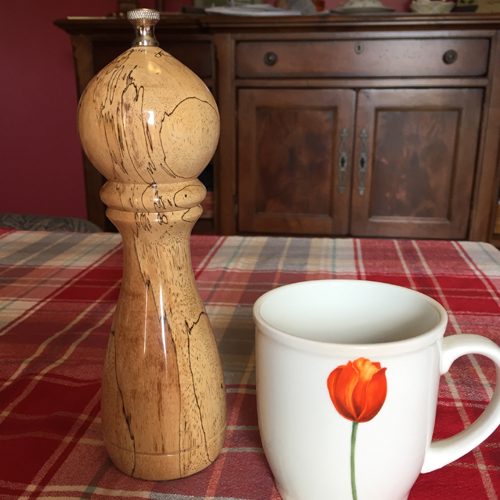 Bill Railey
Woodturner
Hi Ted,
...Thanks for the carnauba. FYI, I tried the HUT Crystal Coat for the first time. I did a small maple bowl and was thrilled with the result.
Joe 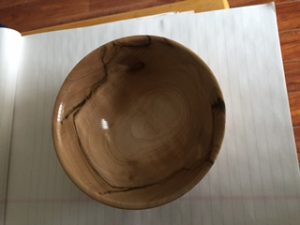 Joe Dougherty
Woodturner
Hey Ted,
I really enjoyed the instruction on the DVD. Very concise and easy to understand with plenty of visuals. I will definitely continue purchasing powders and materials from your site.
Thomas M. 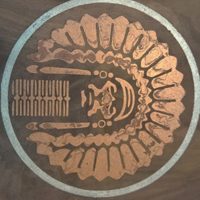 Thomas M.
Woodworker
Dear Mr. Sokolowski
I was impressed with the information you presented and the way you presented it. I found it (Metal Inlay Techniques) informative, helpful and professional. I felt the DVD was well worth the price. The time and trouble you saved me by your insightful, candid and complete discussion of the topic is a testament to your experience and professionalism.
Kind regards,
Keith

Keith C
Woodturner
Hi Ted,
I sought some advise from you earlier this week. Something like this will be the inlay on my rifle stock. It gets a little better each time I do one. Practice is the key. Thank You 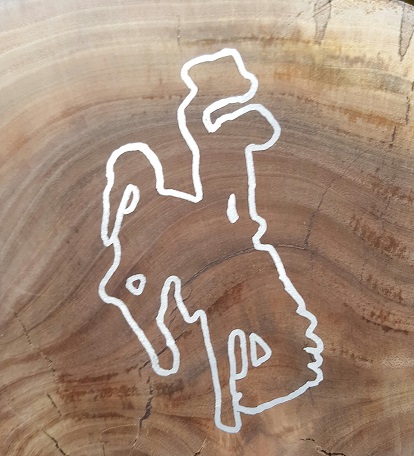 Todd Baures
Woodworker
Ted:
Your videos are superb teaching instruments! Explanations and videography are an outstanding way to learn. The spinning instruction is awesome, but the design section is equally well done. The graphics and the superimposes really help. I’ve wanted to get into spinning for a long time. Your Candlesticks DVD is just what I need. WELL DONE ! I’ve ordered your tools; in the meantime, I’ll get the tool rest put together. Could you suggest a couple of sources for metal? I’ll start out with aluminum, then move on to pewter, then to copper as you suggest.
Thank you very much.
Tony Parisi

Keith C
Woodturner
After buying my first lathe to round out my woodshop, I soon found that woodturning was an art unto itself, perhaps an elegant cousin of the other woodworking I had done until then. My brother asked me for a salt & pepper mill set for Christmas, and as I began to research the project, this DVD was featured on page 1 of Google's results. Judging the DVD by its cover, I liked the image, and bought it.
A dear friend was nearby when I watched this Peppermill DVD for the first time, and remarked that I was smiling during much of it. Ted's style, gentle humor, kindly presentation, and artistic way of describing shape, form, proportion, flowing curve, oneness/wholeness of the piece, just somehow made SENSE to me. I had only turned one project before watching Ted's DVD, so I didn't even know what all the tools were that he was referencing, let alone how to begin practicing using them well. I made lists of items to read up on/purchase, and assembled what I'd need to turn my first mill. Compelled by the beautiful art he was creating, I've watched the DVD now about 5 or 6 times, understanding more what he means each time, after trying out his recommendations at the lathe.
He's careful to say that his way isn't the only way--true enough--but for a beginner like myself, I'm not eager to re-invent the wheel when a truly beautiful piece is possible for me using Ted's methodology and design theory.
Another most helpful element of this DVD (and even more so in his Metal Inlay Techniques for Woodturning & Woodworking), is that he captures common mistakes as they happen on film, even slows down the film speed to show you precisely what went wrong, to help diagnose the mistake and so offer helpful advice/corrections. Most other wood turning tutorials I've seen by others, show only how a technique is done *perfectly*...after all, it's a "Master Turner" you're watching, right!? But Ted allowed on this DVD a mistake, a "catch" in action, (likely staged, but no matter), because that's precisely what's HELPFUL to the viewer. For someone who made more catches than clean cuts in the beginning, this element really won me over. He gets 5 stars right there.
By way of critique (I've done some video editing as well), in a future version of the same I may use more text-over-picture, to help describe really clearly what's going on. As an example, have the text "1 5/8 Forstner 5/8" deep" or whatever it is, overlayed in text discreetly, during the operation. I say this because I copied this DVD to my shiny ipad, and brought it right into my dusty shop to review instructions quickly while actually at the lathe. I often had to re-wind/fast forward over and again just to find where he said it's thus-and-such size bit or finish or speed or chisel type or whatever, and wished it was visually evident for the duration of the task, not only at one moment, and at that, only audibly, not visually. With dust extractors sucking and other shop noises, finding the needed info quickly proved difficult many times. To get around this, I finally outlined the entire process on paper, and by now just have most of it memorized. Perhaps a small preprinted cheat-sheet would be a welcome insert with the DVD, or as an additional electronic document within his very helpful resource section, "Ted's Goodie Box," already on the DVD.
That said, Ted's DVD has done a real service to this wood turning novice, which answered in quite large measure my many practical introductory questions, all the while infusing the tutorial with his inspiring love of art and personally developed art theory--which I believe is what makes the forms and shapes he turns so compelling.
If Ted would make a similar DVD tutorial describing more of his techniques, or forms (like his Making Candlesticks Seeing the Curves), or "practice drills" for a novice to master, or even a whole DVD on more mistakes and how to avoid (& correct!) them, I'd certainly be in line for the purchase.
"Making a Peppermill" by Ted Sokolowski is a most helpful and inspiring tutorial, and earns my highest recommendation. This DVD is every new turner's MUST BUY.
Ted is certainly worth his salt--and pepper. 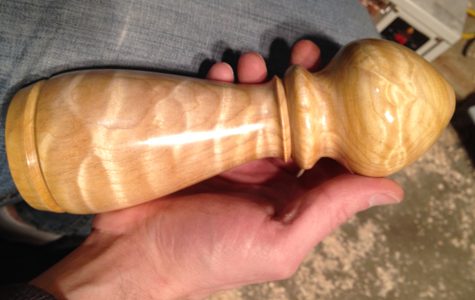